316 Views
admin
All Credits by FIVB:

In 2014 he went to Italian team Parmareggio Modena (2014–2015)[1] Then came back to Japanese team. In 2016 moved to another Italian club, Top Volley Latina. There he stayed as an exchange student while actually still playing for his university. After graduating at Chuo University in 2018, he signed his first professional contract with Italian side Emma Villas Siena.

He is one of the youngest players in the 2018 roster of the Japan men's national volleyball team [2]. He made his first international performance with the Japanese national team in 2018 FIVB Volleyball Men's Nations League. In June 2018, he played a pivotal role in securing Japan's first win in 11 years against Italy where he collected 24 points from 21 spikes and 3 aces [3]. In September 2018, in a match against Argentina in 2018 FIVB Volleyball Men's World Championship, Nishida became the youngest player ever to score 30 points in a match [4]. In June 2019, Nishida broke serving records in the VNL history after hitting 7 aces in a single game during a match against Bulgaria [5]. 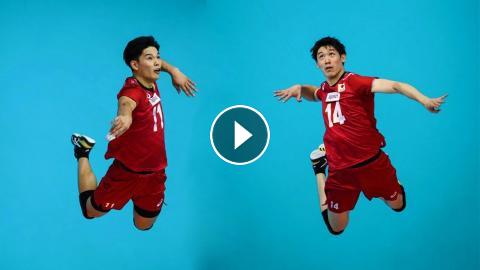