Yuki Ishikawa Was Better Than Yuji Nishida in his 20s !?

In 2014 and 2015, he played for the Italian team Parmareggio Modena. [1] He then returned to Japan to play professionally. In 2016, he played for the Italian club Top Volley Latina. During this time, he was an exchange student while actually still playing for his university. After graduating from Chuo University in 2018, he signed his first professional contract with the Italian team Emma Villas Siena. His sister, Mayu Ishikawa, is a member of the Japan women's national volleyball team.

Yuki Ishikawa Was Better Than Yuji Nishida in his 20s !? 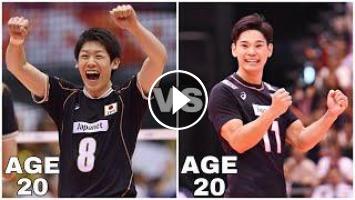