WWE Backlash is now only two days away as the company gets ready for what is the biggest event of the month of June. There’s been a lot of change in WWE, and with the firing of Paul Heyman from his position on RAW, Heyman being made the scapegoat for the poor performance of WWE amidst Vince McMahon changing his mind regularly, and the real reason that Jinder Mahal was set to face Drew McIntyre revealed, there’s a lot to talk about at the moment.
With that in mind, this is Wrestling Hub and you are watching the Wrestling Report for 12th June. 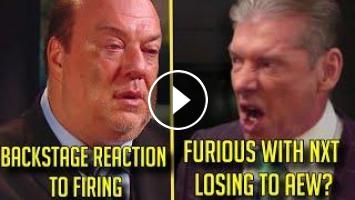