TikTok celebrities Ant and Ana (@antxana) are High school sweethearts based in Florida. Their bond is the core of their shared social media presence, which sees them creating short videos together across TikTok with over 7 million followers and counting. Ant and Ana are not only known for funny, relatable, couple goals content. They are also known for the popular series “Teaching my husband Spanish.” Ana is Hispanic, born in Colombia. Her first language is Spanish and Anthony is American. In the series, Ana tries to teach Ant Spanish with a water gun and viewers love it! They love merging both cultures together, Hispanic and American. They take pride in building A Bilingual, Multicultural “AAFAM.” Both are fans of hockey.

Subscribe to our channel for the latest hockey action by clicking the big, red shiny SUBSCRIBE button.

Watch live hockey wherever you are: https://www.nhl.com/subscribe 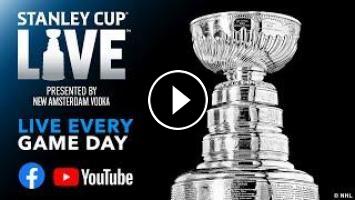