The outside hitter from Chaumont VB was the sta of the match, claiming 18 points, including two blocks.

There also were impressive contributions from Kevin Tillie (11 points) and Earvin Ngapeth (8 points) as the French, who were excellent at the net earning 8 blocks to just 5 from their opponents, cruised past the Volleyroos in front of a partisan crowd.

Lincoln Alexander Williams was once again the most prolific player on the other side of the net, making 10 points for Australia. 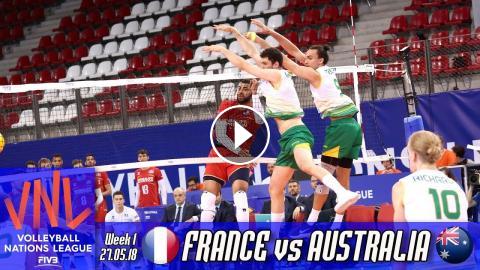