5 Players Holding Their Club To RANSOM!

On today’s video, we pick five players who are currently in contract disputes with their clubs, and are holding out for significant pay increases before they put pen to paper. Chelsea defender Antonio Rüdiger is reportedly after £200,000 a week at Stamford Bridge, a salary Bayern Munich are apparently willing to pay, and with his contract up next summer, the Premier League leaders need to act first if they want him to stay.


We also take a look at Mo Salah, who reportedly wants as much as £500,000-a-week to stay at Liverpool. That would make him the highest paid player in Premier League history, and the Champions League winner is in the form of his life right now. Along with Sadio Mané and Roberto Firmino, his contract is up in 2023, meaning Liverpool need to pay up or cash in. We also take a look at Leicester star Youri Tielemans, Inter Milan lynchpin Marcelo Brozovic, and Milan’s Franck Kessie.

5 Players Holding Their Club To RANSOM! 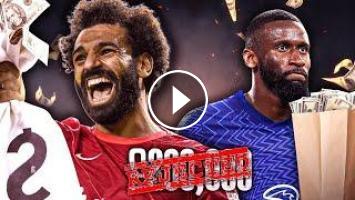 ► SPONSOR THIS VIDEO: [email protected] On today’s video, we pick five players who are currently in contract disputes with their clubs, and ar...