184 Views
support24
All Credits by FIVB:

Career
Clubs
In 2014 he signed a one-year contract with Indykpol AZS Olsztyn.[1] In April 2015 he extended his contract for a one more season.[2] In April 2016, the manager of PGE Skra Bełchatów announced that Bednorz is going to play for the third team in the league in the next season 2016-17.[3] He signed a two-year contract until 2018.

National team
On 2 April 2015 he was appointed to the Polish national team by head coach Stephane Antiga.[4] He was in 14-roster team during intercontinental round of World League. On 14 August 2015 he achieved his first medal as a national team player – bronze of European League. His national team won 3rd place match with Estonia (3–0).[5] 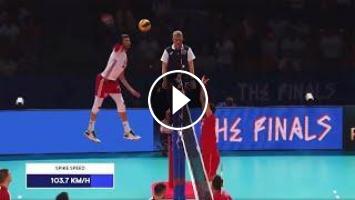