Welcome back to Football Daily, where today we’re exploring 10 club takeovers that collapsed! From Rupert Murdoch’s audacious attempt to take over Manchester United during their Premier League heyday in the 1990s, to Donald Trump’s interest in Rangers in 2012, the football world could have looked very different today had things gone differently.

Also including Steve Morgan’s dream of buying boyhood club Liverpool in 2004, Lionel Messi’s Barcelona teammate Gerard Pique wanting to turn Notts County into the next La Masia, and the multiple attempts to take Newcastle United off the hands of Mike Ashley and turn them back into a Champions League club.

► FIND OUT MORE ABOUT XG & OTHER STATS FROM OUR FRIENDS 'STATS BOMB' https://statsbomb.com/articles/ 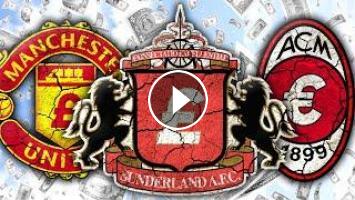