support24
The Undertaker has finally called the curtains on his incredible 30-year long career. While the streak ended in 2014 and ‘Taker has been in and out of retirement since 2015, this year’s Survivor Series has been billed as a farewell show for Undertaker. He didn’t have a match, but he came out to cut a promo right at the end of the show, main eventing yet another Survivor Series.


Obviously, the Undertaker retiring is a massive thing. Generations of wrestling fans have grown up admiring the Undertaker. Even if you weren’t a wrestling fan, you knew who The Undertaker was. He kept the company alive during bad times, saw the boom of wrestling, and then shaped the modern landscape of the sport. He wanted to keep giving back to the industry that he calls his life, which is why he probably took so long to retire. But now that it has finally happened, the community of wrestling fans is feeling the blow. Tributes have been pouring in for Undertaker from every corner. We are the Wrestling Hub and this is Wrestlers React To The Undertaker’s Final Farewell. 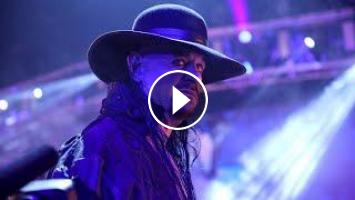 The Undertaker has finally called the curtains on his incredible 30-year long career. While the streak ended in 2014 and ‘Taker has been in and out of...