support24
The Momentum Proteas Women booked their place in the ICC A flying half-century by Laura Wolvaardt followed by a disciplined bowling display helped the Momentum Proteas Women book their place in the ICC Women’s T20 World Cup semi-finals with a comfortable 17-run win over Pakistan in Sydney on Sunday. The opening batsman, who is batting lower down the order in this competition, blasted an unbeaten 53 off 36 balls (8 fours), to help South Africa post 136 for six after they won the toss and opted to bat. Shabnim Ismail and Dane van Niekerk then claimed tidy figures of one for 17 apiece as the Asian side were restricted to 119 for five in reply.
That was not enough, with Hilton Moreeng’s girls going on to celebrate their third win in three at the finals thus far, with their final match against West Indies to come on Tuesday. It has been an excellent World Cup for the South Africans thus far and they continued the good start at the Sydney Showground Stadium, where they knew that victory in the Group B encounter would help them secure a first semi-final ticket since 2014. Having stunned England in their first match and then demolished Thailand on Friday, they came into the game on a high. But Pakistani paceman Diana Baig (2/19) put them in a hole early on by dismissing Lizelle Lee, a centurion in the previous game, for just four, and followed that up by cleaning up captain Van Niekerk for three. That left the Proteas on 17 for two, with the fit-again Marizanne Kapp (31) and Mignon du Preez (17) rebuilding with a 37-run third wicket stand that helped them get to halfway at 54 for three. That brought Player of the Match Wolvaardt to the middle and she provided the kick her team needed to lift them to a 137-run target with her second T20I half-century. For Pakistan to get close, they needed a good start, but that did not come as Muneeba Ali (12), Umaima Sohail (0) and the key, Nida Dar (3), all fell cheaply. The former and the latter were dismissed by Ismail and Van Niekerk respectively, with Sohail run-out by Wolvaardt and Trisha Chetty leaving the total on 26 for three. Another run-out and the wicket of Sidra Nawaz (3) for Nonkululeko Mlaba (1/20) then left Pakistan in further strife on 72 for five. Aliya Riaz (39 not out) and stand-in captain Javeria Khan (31) tried their best to get things going, but they failed as SA closed out what turned out to be a relatively comfortable win. 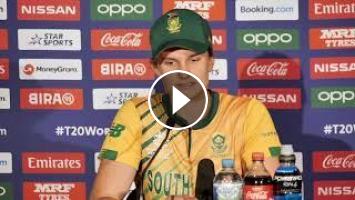 The Momentum Proteas Women booked their place in the ICC A flying half-century by Laura Wolvaardt followed by a disciplined bowling display helped the...