278 Views
Sport24
Outside hitter Matthew (Matt) Anderson was born in 1987 in Buffalo, N.Y., and grew up in West Seneca, N.Y. The opposite and outside hitter (204cm, 86kg) made his debut with the U.S. National Team for the 2009 World League and started the first six matches before falling ill with a serious case of pneumonia.
Anderson became a starter at outside hitter for the U.S. in 2011 and was the youngest player on the team that competed at the 2012 Olympic Games. He was also a starter on the teams that won the 2014 World League and took second in 2012 and third in 2015. In 2013, U.S. head coach John Speraw moved Anderson to opposite and since then Anderson has played the majority of the time on the right side.
In 2015, he led the U.S. to the bronze medal at the FIVB World League and gold at the FIVB World Cup, where he was also named the MVP. In 2016, he helped the U.S, Men come back from an 0-3 start in pool play to win the Olympic bronze medal.
Prior to joining the National Team, Anderson led his college volleyball team at Penn State University to the 2008 NCAA National Championship. Anderson was named the Most Outstanding Player of the tournament and also the American Volleyball Coaches Association co-Player of the Year. He then made news by leaving college early to play for Korea’s Hyundai Capital Skywalkers. He played for the team again in the winter of 2009, but left early due to injury. He has also played internationally in Italy and Russia. 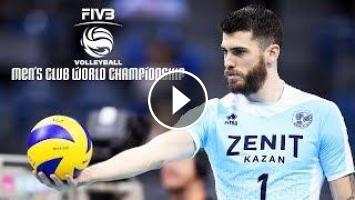