The Game When Wilfredo Leon Became a Yuji Nishida Fan

Nishida made his debut with JTEKT Stings at V.League on 6 January 2018 in a match against Osaka Blazers Sakai. His impressive debut at the young age of 17 soon earned him a position in JTEKT's Starting 6 as well as Japan men's national volleyball team. Nishida is also representing Japan in the Tokyo Olympics.

Considered by many as one of a kind he led Cuba to the silver medal at the world championship 2010 in Italy, alongside Yoandy Leal and Robertlandy Simon considered one of the leaders of the "Generation of Miracle" of Cuba volleyball and by many experts.

The Game When Wilfredo Leon Became a Yuji Nishida Fan 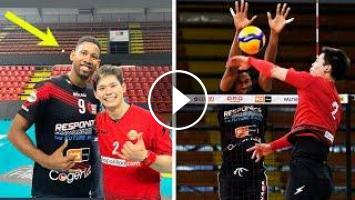