He debuted with the Italy men's national volleyball team 2008. In the European Championship 2013 Zaytsev was named as the "Best Server".[4] Zaytsev was the main scorer and team leader during World League 2014 and Italy achieved bronze medal. In the World League, he and his teammates won two consecutive bronze in the 2013 and 2014 editions, the latter played in Italy in Florence. He was appointed to the 2014 World Championship held in Poland. He was the leader of his team in the first round, but in the match against the United States injured his ankle, so despite the promotion of his team to second round, he did not play. In 2015 Zaytsev and Italian team achieved silver medal of the 2015 European Championship and Zaytsev was named Best Opposite Spiker. In 2016 he achieved a silver medal at the 2016 Olympics.

Kurek was a part of the Polish national volleyball team which won a gold medal at the 2009 European Championship held in Turkey. On 14 September 2009, he was awarded the Knight's Cross of Polonia Restituta.[9] The Order was conferred on the following day by the Prime Minister of Poland, Donald Tusk.

On 10 July 2011, Kurek, alongside his national team, won the Poland's first medal of the World League. They won a bronze medal after defeating Argentina. Kurek received an individual award for the Best Scorer of the final tournament. In the same year, Poland took part in the European Championship, where they were the defending champions. Kurek was his team's key player throughout the whole tournament in which the Polish national team won a second medal in 2011 after winning the match for third place against Russia. At the same tournament, Kurek was awarded with his second individual award in 2011, for the Best Server of the tournament.[10] In November 2011, despite a back injury, Kurek went to Japan to participate at the World Cup, and helped his team win a silver medal and therefore qualify for the Olympic Games. 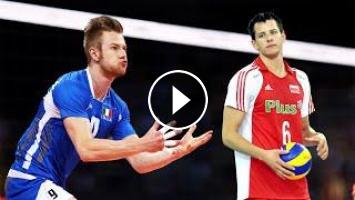