On this week’s Transfer Talk, we take a look at reports linking Erik Ten Hag with the Tottenham job. With Spurs searching for Mourinho’s permanent replacement, and with Julian Nagelsmann set to be appointed by Bayern Munich, the Ajax coach is apparently next on their list, which also includes Brendan Rodgers, Gareth Southgate and Ralf Rangnick.

Rumours linking Cristiano Ronaldo with Man United and PSG have also resurfaced, with failure to qualify for the Champions League now a very real possibility for Juventus! Meanwhile, Erling Haaland is also said to be plotting his next move depending on whether Borussia Dortmund gain qualification to Europe.

Chelsea could target Borussia Mönchengladbach defender Matthias Ginter, while Everton could be in for Adrien Rabiot. Maurizio Sarri is also apparently very close to being appointed by Roma, with the Italian coach set to return to the dugout after a year out of the game! 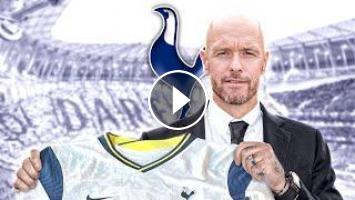 ► SUBSCRIBE to FOOTBALL DAILY: http://bit.ly/fdsubscribe On this week’s Transfer Talk, we take a look at reports linking Erik Ten Hag with the Tottenh...