She is So Beautiful and Super Talented !!! Zehra Gunes (HD)

278 Views
support24
All Credits by FIVB:

Club
In the 2016–17 Turkish Women's Volleyball League season, Güneş was loaned out to Beşiktaş J.K., another women's volleyball team. The next season, she returned to her home club.[3][1] She enjoyed her first league champion title in the 2017–18 season with Vakıfbank Istanbul.[4][5] She was awarded the "Vestel Special Prize" of the 2017–18 Vestel Venus Sultans League, which is the Turkish top-level volleyball league sponsored by the electronics and appliances manufacturing company Vestel.[6]

She is So Beautiful and Super Talented !!! Zehra Gunes (HD) 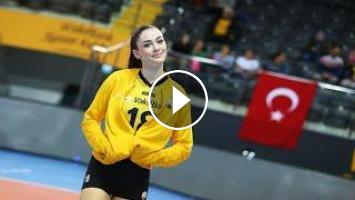