support24
U.S. National Team member Regan Smith set the world junior record in the 100m backstroke Sunday at the TYR Pro Swim Series at Bloomington, turning in a time of 58.82. It was her third win of the meet and the fourth-fastest time in the world this year.

Isabelle Stadden and Lisa Bratton were second and third, respectively.

"It was a similar setup to last night, tight turnaround between the 50 (fly) and the 200 (back), so I kinda knew what I was getting myself into for the second night," Smith said. "I was super surprised. I felt way better than the morning. It felt super smooth. It was really great, best-case scenario definitely." 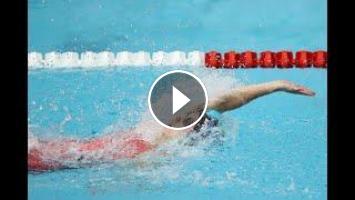