support24
#CaneloPlant #Canelo #CaneloPlantWeighIn
Support the Channel via Cashapp: https://cash.app/$thunderdomeboxing
Twitter - @thunderdome88
(All Film Studies can be found on Twitter)

(Film Study) Caleb Plant vs Canelo Alvarez Full Fight Breakdown & Analysis !! Strengths & Weaknesses !! Who will Canelo Alvarez choose to fight next?? Will it be David Benavidez , Artur Beterbiev , Joe Smith Jr. , Edgar Berlanga , Maxim Vlasov , Dmitry Bivol , Gilberto Ramirez , Gennady GGG Golovkin Trilogy , Jermall Charlo , Demetrius Andrade or maybe even a Callum Smith rematch at 175lbs. Whoever Canelo decides to challenge next, the question folks need to ask themselves is will the bout finally be fought on a level playing field where Canelo doesn't handicap his opponent in ways that he learned from his match with TBE "career maneuverer" Floyd Mayweather Jr. such as dehydration clauses, 1 sided PED use, Choice of gloves, Short training camps, Blood draining & Numerous other methods. Such as having the commission & officials in their wallets.Which only 1 of the above can have a drastic outcome towards who will win the fight, let alone many or as in most cases all of the above "unfair tactics" better known as cheating. Or who knows maybe it is time for weight bullies such as Errol Spence Jr., who has talked a lot of smack about being able to move up in weight and defeat the likes of Canelo & GGG. Young gun Jaron Boots Ennis may also fit the mold if he ever decides to challenge himself vs any of the top welterweights who he happens to dwarf over since Ennis is bigger in size than the light heavyweights Sergey Kovalev and Artur Beterbiev along with the middleweight kingpin Gennady GGG Golovkin. However Boots Ennis has yet to establish himself as a big money superstar due to him not fighting anybody other than much smaller tomato cans. I myself would like to see Canelo Alvarez face Golovkin for the 3rd time or Artur Beterbiev thus giving him the chance to defeat and A level fighter, which Canelo, who people ridiculously tout as p4p #1 being that throughout his entire career he has never decisively beaten an A level fighter, and in fact has arguably lost to upwards of five A or B level opponents. Whichever opponent Canelo decides to fight next let's just hope that he grows a pair and decides to compete against them on a level playing field. Which sadly at this point with so much being at risk seems like an impossibility. 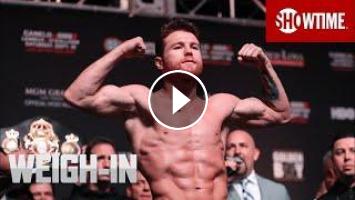