MLB
8/14/15: Carlos Martinez is proud of the cup pyramid he built in the Cardinals dugout but sees it get knocked down by a teammate 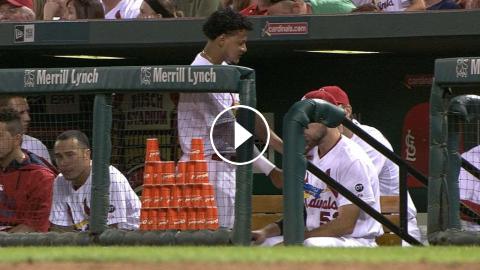 8/14/15: Carlos Martinez is proud of the cup pyramid he built in the Cardinals dugout but sees it get knocked down by a teammateCheck out http://m.mlb...