Ivan Zaytsev vs Wilfredo Leon vs Earvin N’Gapeth | Who is Better? (HD)

Considered by many as one of a kind he led Cuba to the silver medal at the world championship 2010 in Italy, alongside Yoandi Leal and Robertlandy Simon considered one of the leaders of the "Generation of Miracle" of Cuba volleyball and by many experts, Leon may be one of the best players of all time considering all of the accomplishments he has made while still so young, having won every single title at pro level at the age of 24.

Ivan Zaytsev vs Wilfredo Leon vs Earvin N’Gapeth | Who is Better? (HD) 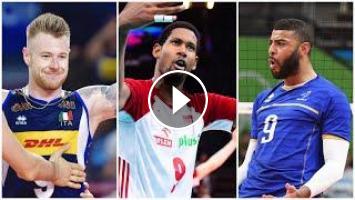