Clubs
He started his career as a setter in 2004, but later moved to the outside hitter role. He played in Serie A1 at 16 year. His first club was RPA-LuigiBacchi.it Perugia, where he played for two seasons. After this, he moved to M. Roma Volley. In the season 2007/2008, he played for Andreoli Latina. Then he came back to M. Roma Volley and played there until 2012. In 2012, Zaytsev signed with Lube Banca Macerata. With this team, he won the Italian SuperCup in 2012 and the Italian Championship 2013/2014. On May 9, 2014 his departure from Lube was announced. Then for two seasons, he was a player of Russian club VC Dynamo Moscow. he moved to of Al-Arabi SC in Qatar and won the Cup of Emir. Zaytsev came back to Serie A1 and joined Sir Safety Conad Perugia, the overall dominating Team of the 2017/2018 season in Italy. Despite failing to reach Champions League final, after losing to Zenit Kazan again, the team managed to take the bronze medal. Zaytzsev moves the following season to Modena Volley as Perugia announced that Wilfredo Leon would join the team, taking his spot. Zaytsev has also expressed the desire to play in his favorite role as opposite spiker again.

National team
He debuted with the Italy men's national volleyball team 2008. In the European Championship 2013 Zaytsev was named as the "Best Server". Zaytsev was the main scorer and team leader during World League 2014 and Italy achieved bronze medal. In the World League, he and his teammates won two consecutive bronze in the 2013 and 2014 editions, the latter played in Italy in Florence. He was appointed to the 2014 World Championship held in Poland. He was the leader of his team in the first round, but in the match against the United States injured his ankle, so despite the promotion of his team to second round, he did not play. In 2015 Zaytsev and Italian team achieved silver medal of the 2015 European Championship and Zaytsev was named Best Opposite Spiker. He achieved silver medal at 2016 Olympics.

Personal life
Zaytsev is the son of Olympic Champion volleyball player Vyacheslav Zaytsev. He was born in Spoleto, where his father was playing at the time. His mother, Irina Pozdnyakova, is a former competitive swimmer.

On May 18, 2013, Zaytsev married Ashling Sirocchi. In April 2014, the couple announced that they were expecting their first child. On October 31, 2014 his wife Ashling gave birth to their son named Alexander "Sasha". In July 2017 the couple announced they are expecting their second child. On January 4, 2018 Ashling gave birth to their daughter named Sienna.

On November 2016, Zaytsev and Ashling Sirocchi were the testimonials for the Italian alimentary harvest promoted by the Banco Alimentare Foundation

Outside of volleyball
Zaytsev has appeared in advertisements for companies including Red Bull, DHL Express and Toyota. He is also an ambassador for World Food Programme in Italy. 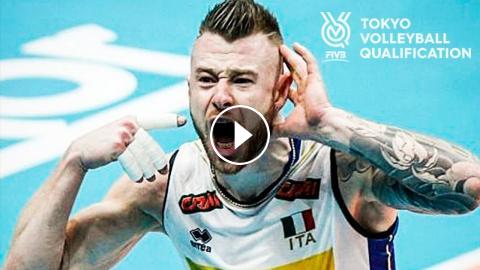