Christenson was born in Honolulu, Hawaii to Robert and Charlene Christenson. His parents both attended the University of Hawaii at Hilo, where his father, Robert, played basketball and his mother, Charlene, won three volleyball national championships and was named a two-time All-American. His sister, Joanna, played volleyball at Southern Utah University. Christenson began playing club volleyball in 2005 with Asics Quicksilver; he also played basketball and was two time Gatorade Player of the year in Hawai'i.

He was supposed to play on the 2013 U.S. Men’s Junior National Team, but got called up to the senior team instead. He debuted with the U.S. national team at the NORCECA Championship, which USA won; Christenson was named Best Server and Best Setter in this tournament.[2] He also competed in the 2013 FIVB World Grand Champions Cup. In 2014 he won the gold medal at the World League, held in Florence, Italy.[3] He began senior level competition at age 20. He is the youngest starting setter to ever compete for the U.S. on a national team for both junior level and senior level.[4] 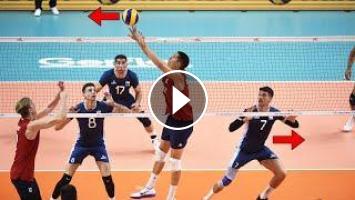