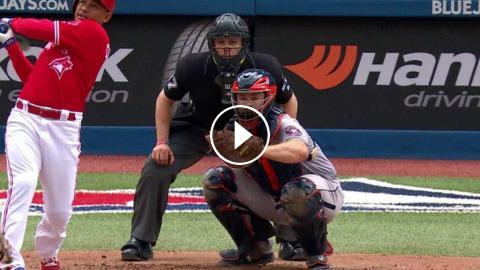 Ezequiel Carrera gets the Blue Jays on the board with two outs in the bottom of the 9th innings with a solo home run to rightCheck out http://MLB.com/...