MLB
Sean Manaea knocks down Carlos Correa's grounder back to the mound, then tosses to first base in time to complete the play 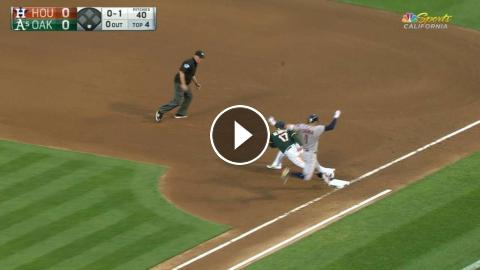 Sean Manaea knocks down Carlos Correa's grounder back to the mound, then tosses to first base in time to complete the playCheck out http://MLB.com/vid...