The Japan men's national volleyball team represents Japan in international volleyball competitions and friendly matches. Their nickname is "RYUJIN NIPPON (龍神 NIPPON) ", "RYUJIN" means "God of Dragon" and "NIPPON" means "Japan".[1] Japan won a bronze medal at the Tokyo 1964 Olympic Games, followed by silver at Mexico 1968 and a gold at Munich 1972. The years after this have been less successful. Japan missed three successive Olympic Games before returning at Beijing 2008, where they failed to win a match. Japan then failed to qualify for the London 2012 Olympic Games and also missed Rio 2016 after finishing seventh at the World Olympic Qualification Tournament in Tokyo. They also failed to qualify for the 2014 FIVB World Championship the first edition they had missed in 54 years. They had previously won FIVB World Championship bronze medals in 1970 and 1974. Japan silver medalists at the 1969 and 1977 World Cup. Japan has been less successful in the World League era. The team has won the Asian Championships nine times and the Asian Games eight times.

On August 2021, at 2020 Summer Olympic Games in Tokyo, Japan team advanced to the Quarterfinals round and eventually finished at 7th place, the highest rank since 29 years. 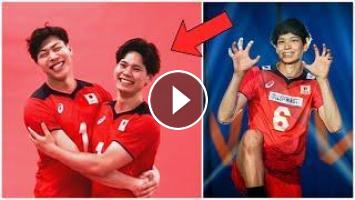 Watch the Funniest Moments by Volleyball Team Japan !!! In this year's volleyball nations league 2022, we had the opportunity to see literally everyth...