Diagonal starting line-up of the Brazilian national team in the League of Nations Alan Souza tore the Achilles tendon in his right leg.

The Brazilian national team has suffered a serious loss in the ongoing League of Nations. Having been injured during Friday's victory over Iran, Alan underwent an MRI a day later, which confirmed the rupture of the Achilles tendon in his right leg. The Brazilian Volleyball Confederation (CBV) announced that Diagonal will undergo surgery and will be out of the game for up to six months, and will also miss the World Cup, which will be held in August in Poland and Slovenia. The top scorer of "Selesao" VNL-2022 will return to his homeland on Monday to begin treatment for an injury.

Alan left the court at the end of the first set. He was preparing to serve when he felt pain in his right leg. 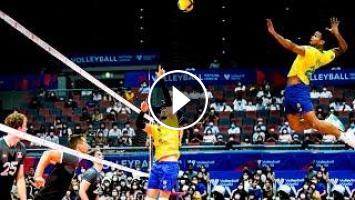