Zaytsev came back to Serie A1 and joined Sir Safety Conad Perugia, the overall dominating Team of the 2017/2018 season in Italy. Despite failing to reach Champions League final, after losing to Zenit Kazan again, the team managed to take the bronze medal. Zaytsev moves the following season to Modena Volley as Perugia announced that Wilfredo Leon would join the team, taking his spot. Zaytsev has also expressed the desire to play in his favorite role as opposite spiker again.

He was appointed to the 2014 World Championship held in Poland. He was the leader of his team in the first round, but in the match against the United States injured his ankle, so despite the promotion of his team to second round, he did not play. In 2015 Zaytsev and Italian team achieved silver medal of the 2015 European Championship and Zaytsev was named Best Opposite Spiker. In 2016 he achieved a silver medal at the 2016 Olympics. 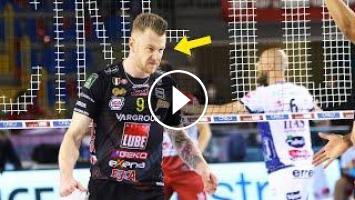