MLB
6/25/15: Brandon Phillips takes a strike, as he has to step out of the batters box with something in his eye while the pitch is thrown 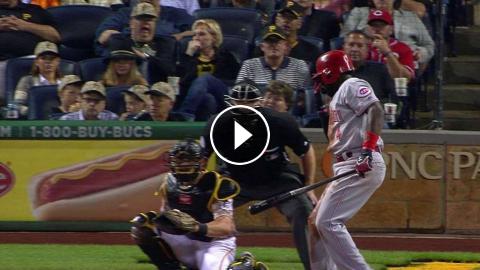 6/25/15: Brandon Phillips takes a strike, as he has to step out of the batters box with something in his eye while the pitch is thrownCheck out http:/...