MLB
7/3/94: Ken Caminiti drives in three runs with an inside-the-park home run to give the Astros a 12-3 lead in the bottom of the 8th 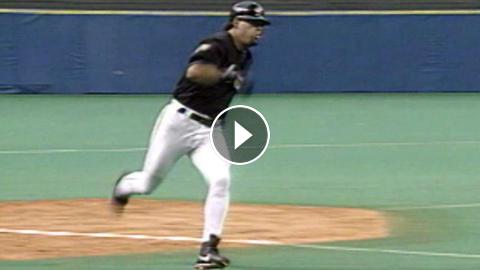