[email protected]: Massive chunk of the mound comes out

MLB
The game undergoes a short delay as a chunk of the mound comes out, resulting in the ground crew taking a couple trips to repair the damage

[email protected]: Massive chunk of the mound comes out 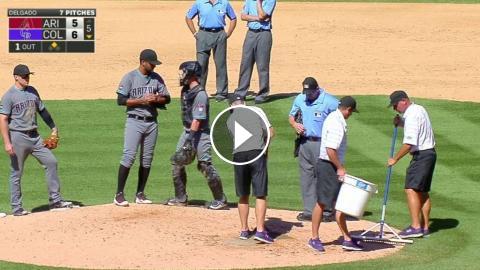 The game undergoes a short delay as a chunk of the mound comes out, resulting in the ground crew taking a couple trips to repair the damageCheck out h...