With WWE set to feature their NXT TakeOver: In Your House pay-per-view in a day or two, things are coming to a head at the moment. With Brock Lesnar’s return date to WWE potentially revealed for the future, a recently returned former WWE Champion out of action once again with an injury, Triple H on fans possibly coming back to WWE soon, and Zack Ryder admitting that he was heartbroken following his WWE run involving John Cena, there’s a lot to talk about at the moment.
With that in mind, this is Wrestling Hub, and you are watching the Wrestling Report for 5th June, 2020. 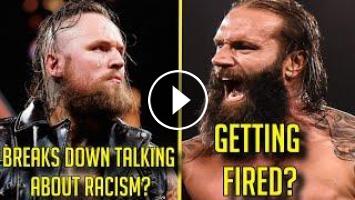 Vince McMahon almost left Triple H and Undertaker off WrestleMania - 0:30 Jinder Mahal undergoes knee surgery - 1:32 AEW had to change plans due to an...