NBA
May 20, 1995: Mario Elie's "kiss of death," helps the Rockets defeat the Phoenix Suns 115-114 in Game Seven of the Western Conference Semifinals. 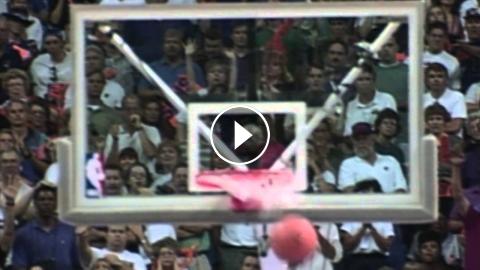