10 Transfers That SHOULD Have Happened!

This summer transfer window will go down as one of the very best. Some huge signings were made, however, there were numerous deals that never quite materialised. In this video, we run through 10 transfers that should have happened.

These include… Aouar to Arsenal - who despite being available for just £25m, somehow remains at Lyon, Berardi to Atalanta - who stays at Sassuolo, though would thrive in the Champions League, Bissouma to Manchester United - who remain short of a quality DM, and Lingard to West Ham - who should have extended his stay in East London.

Other names include Damsgaard to A.C. Milan, Renato Sanches to Liverpool, Milenković to Spurs, Botman to Real Madrid, Koundé to Chelsea and Kane to Manchester City. The latter remains at Tottenham, despite attempting to force a move to the Premier League champions.

Let us know your thoughts in the comments, and don’t forget to like and subscribe to Football Daily.

10 Transfers That SHOULD Have Happened! 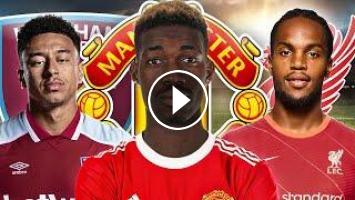 ► SUBSCRIBE to FOOTBALL DAILY: http://bit.ly/fdsubscribe This summer transfer window will go down as one of the very best. Some huge signings were mad...