TOR@BOS: Happ on coming back to Toronto, team effort

MLB
J.A. Happ talks about coming back to Toronto in 2016 and how it's paid off as well as the effort that he sees from his teammates

TOR@BOS: Happ on coming back to Toronto, team effort 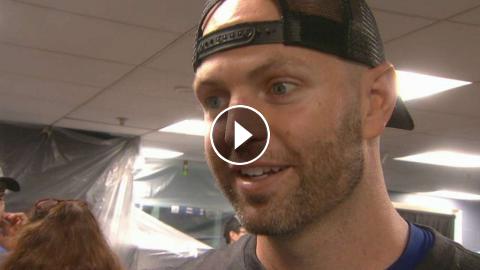 J.A. Happ talks about coming back to Toronto in 2016 and how it's paid off as well as the effort that he sees from his teammatesCheck out http://m.mlb...