The Most Terrible Fight in the History of Boxing!

The end of the 80s and the first half of the 90s of the last century will forever go down in the history of world boxing as the golden time of the Middleweights. Such a concentration of talents, stars, and superstars as there was in these three middleweight categories, the first middle, middle and super middleweights has never been and is unlikely to ever be in the foreseeable future. But today I want to tell not about the golden pages of boxing, but about one of the most tragic fights in its history which took place on February 25, 1995. In which they met WBC middleweight champion Nigel Benn and one of the most promising and toughest punches division, WBC middleweight champion Gerald McClellan.

The Most Terrible Fight in the History of Boxing! 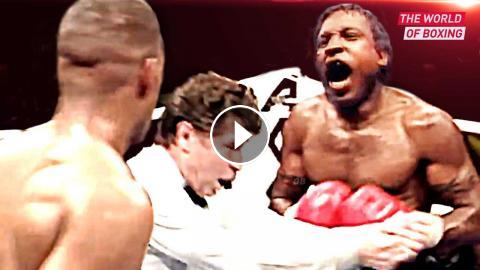 How Don King stole money from Mike Tyson - https://www.youtube.com/watch?v=WLftrcjMhyUThe end of the 80s and the first half of the 90s of the last cen...