MLB
8/29/15: Alcides Escobar charges in on a bouncer past the pitcher and barehands the ball to make a great play for the third out 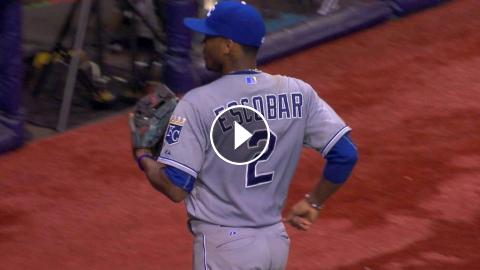 8/29/15: Alcides Escobar charges in on a bouncer past the pitcher and barehands the ball to make a great play for the third outCheck out http://m.mlb....