47 Views
admin
All Credits by FIVB:

Facundo Conte (born 25 August 1989) is an Argentine volleyball player, a member of Argentina men's national volleyball team and Chinese club Shanghai Golden Age. He was a participant at the 2012 Summer Olympics, gold medalist at the 2015 Pan American Games, silver medalist at 2011 South American Championship. He was part of the Skra Bełchatów team that won the Polish championship in 2014 and the Shanghai Golden Age team that won the Chinese championship in 2017 and 2018.

After competing in PlusLiga for three seasons, Conte signed a contract with Shanghai Golden Age and played in the 2016-17 season of Chinese Volleyball League. He was then transferred to El Jaish in Qatar for the Qatar Cup and Emir Cup competitions.[14] 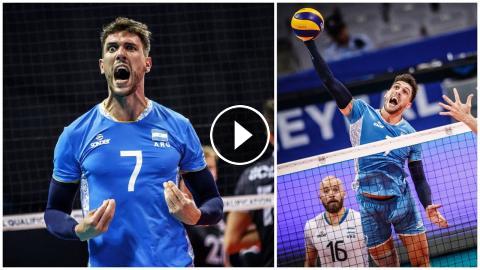