85 Views
admin
All Credits by FIVB:

Brenda Castillo (born June 5, 1992 in San Cristóbal) is a female volleyball player from the Dominican Republic and plays as a libero. She was a member of the Dominican Republic national team that won fifth place in the 2012 Summer Olympics, while she was named the tournament's Best Libero. She played in the 2014 World Championship reaching also the fifth place and ranking 17th in the 2010 World Championship and the 2011 FIVB World Cup where her national team ranked eight and the 2015 FIVB World Cup, winning the Best Libero individual award and ranking in seventh place. 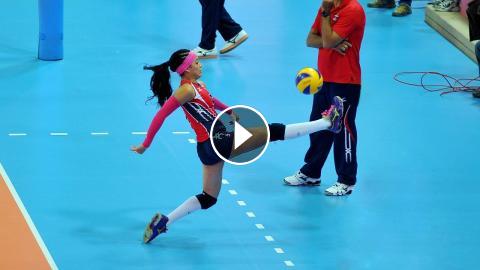