51 Views
admin
All Credits by FIVB:

Career
She participated at the 2006 FIVB World Grand Prix.[2]

Tomkom played along Wilavan Apinyapong with the Spanish club IBSA Club Voleibol for the 2007/2008 season of the Spanish Superliga.[3][4]

Tomkom won the Bronze medal with the Azeri club Rabita Baku in the 2013–14 CEV Champions League after falling 0-3 to the Russian Dinamo Kazan,[5] but defeating 3-0 to the Turkish Eczacıbaşı VitrA Istanbul in the third place placement match.[6] She was awarded tournament's Best Setter.[7]

Rabita Baku, claimed their sixth title championship by winning the 2013–14 Azerbaijani Super League 3-0 to Azeryol Baku[8] and she won the Best Setter award.[9] She also ranked fourth in the 2013-14 Thailand League with Idea Khonkaen.

She is on the list 2019 Korea-Thailand all star super match competition. 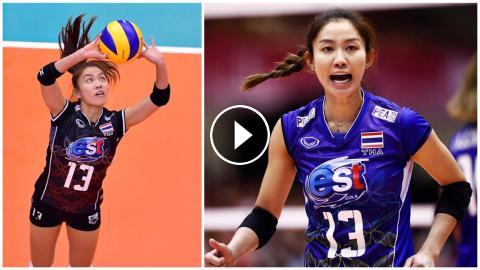