The Argentina team made their international debut at the South American Championship in Rio de Janeiro in 1951, claiming fourth place. They competed in their first World Championship 1960 in the same city, where they finished 11th. The team's best achievements are the bronze medal at the 1982 World Championship, the bronze medal at the 1988 Summer Olympics and two gold medals at the 1995 and 2015 Pan American Games. Throughout the 1990s it was usually ranked among the first ten.

At continental level, overshadowed by volleyball power Brazil, Argentina won the gold medal at the 1964 South American Men's Volleyball Championship, twelve silvers and seven bronzes. Volleyball was introduced in Argentina by the YMCA - Youth Christian Association in 1912. The Argentine Volleyball Federation was created in 1932, sharing the same management as Basketball. The number of fans slowly started to grow as a result of its broadcasting. 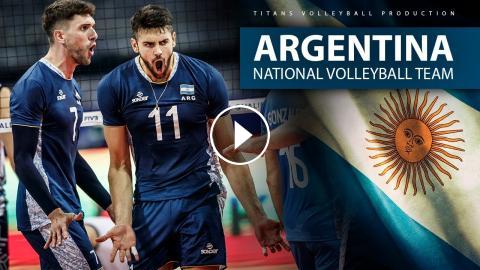